In Resonance's early years, Daniel worked alone, embedded into a small number of East London social enterprises, supporting them to develop business models and working on how they could scale up their impact. Following funding received from Baring Foundation in 2006, Resonance, partnering with Charity Bank, embarked on a project to help social enterprises in Cornwall to prepare for investment. Resonance gradually started to work more nationally, as well as continuing to assist social enterprises in London and Cornwall, and later that year Resonance and the Brewer family relocated to Cornwall from London. It was about this time that Daniel met Tim West, the founder of Social Enterprise Magazine, later to become Pioneers Post. The magazine, the world’s first dedicated to social business, was launched in 2002, the same year that Resonance was founded.

Tim, CEO of Pioneers Post, wrote about his memories of meeting and working with Daniel and Resonance in our Twenty Years of Impact Book. 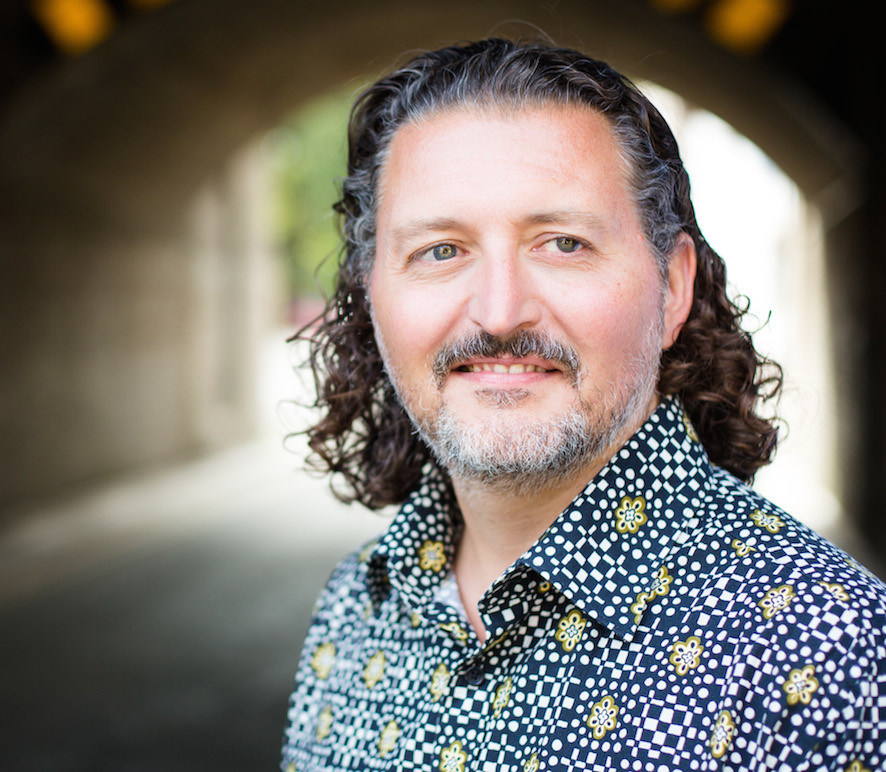 I first met Daniel at a social enterprise event in the early noughties when we were both just beginning  our adventures in how to change the world.

The Blair Brown government had set up the first Social Investment Taskforce in 2000 to look at “How entrepreneurial practices could be applied to obtain higher social and financial returns… and to unleash new sources of private and institutional investment”. It had also launched a Social Enterprise Unit to explore and champion new forms of business trading with a ‘triple bottom line’.

I’d been working as a journalist covering subjects such as social housing, economic regeneration and corporate responsibility and had met a series of people running things called ‘social enterprises’. These were not projects or fundraising charities – but trading ventures creating income to address social and environmental challenges in their communities. The people running them were different: they were innovative, they networked, they took risks, they were ‘social entrepreneurs’. So I took a risk too and in partnership with some publisher friends and a social entrepreneurs’ network I launched Social Enterprise Magazine (now Pioneers Post). It began as a monthly, printed newsletter sent to 1,000 people. We also ran events – two of our first conferences were about very obscure topics: ‘Procurement’ and ‘Social Value’ (plus ça change).

Despite all the excitement around social enterprise and investment, however, both Resonance and Social Enterprise Magazine were a bit too early. Nobody really ‘got it’ at that point. I recall the then CEO of the National Council for Voluntary Organisations, Sir Stuart Etherington, telling me social enterprise was just a ‘niche’ New Labour fad. A small social policy firework which, like a firecracker clamped between the buttocks of a football fan, would be a pleasing spectacle for a few seconds but would soon burn out and leave charities to get on with the proper work in the premier league of social change. Of course, twenty years later and there are hundreds of thousands of social enterprises generating billions of pounds to solve the big challenges of society and the planet, and the global impact investing market is now more than $1 trillion. Resonance manages more than £300 million and Pioneers Post has a global audience of more than 200,000.

I’ve had the pleasure of working with Daniel at various points during this journey. When we started running events like Good Deals (the annual UK social investment conference) Daniel was a regular speaker and a ‘dragon’ in our Dragon’s Den-style pitching sessions. He also invited me down to the Resonance ‘shop’ in Launceston to talk about marketing, and our creative agency worked on an early website redesign and some broader communications. I’ve been checking the Pioneers Post archives and Resonance is mentioned in 89 stories. These track quite a pioneering journey: from small beginnings in east London with £50,000 start-up investment, to £50 million from Big Society Capital plus much more from local authorities and foundations. In 2014, Resonance pioneered social investment tax relief in Bristol; in 2019 Resonance won our Good Deal of the Decade Award for £200m funds created with St Mungo’s homelessness charity. We also covered their launch of the world’s first property fund with a gender focus, supporting women experiencing homelessness or who are survivors of domestic abuse.

“Despite all the excitement around social enterprise and investment, however, both Resonance and Social Enterprise Magazine were a bit too early. Nobody really ‘got it’ at that point.”

In 2019, we were asked to work with Daniel and other UK social investment leaders to produce an event called The Gathering – essentially a chance for the sector to take a ‘warts and all’ look in the mirror, challenge itself on how to grow and work more collaboratively. An event founder, Daniel was one of seven on the steering group. Though sometimes like herding cats, they were single minded in their mission to make the event meaningful, useful and authentic. Daniel was persuaded to step into the limelight for a brief but impressive double act with Danyal Sattar (CEO of Big Issue Invest) in ‘The Dan Show’ – in which the audience of 150 sector leaders was made to consider (and vote on) some big questions about their future: Have the ‘sharks’ in mainstream investment already claimed impact investing? Will social investment get ‘Ubered’ by technology? Is our addition to debt finance making us weaker?

Focus on the heart of the matter

Daniel has always struck me as a bit of a secret social entrepreneur. Very unlike the alpha types who often seem to dominate the impact world. He’s a kind of Clark Kent of impact investing – mild-mannered, softly spoken but with a hidden strength of will and clarity of purpose that is a real superpower. An engineer who ditched an early career in food manufacturing to become an expert in poverty; a finance CEO who has grown one of the UK’s most important impact investment firms without having had any previous finance experience. Oh, and he did it while choosing to escape the rat race to seek “a balanced quality of life” (as he told us in a Pioneers Post interview a few years ago) with his family in a small market town in Cornwall.

There’s a hint of Victor Meldrew or Basil Fawlty in Daniel too – not in the misanthropic sense at all but more of a grumpiness or impatience – even an anger perhaps – at the injustices he sees in society. When I’ve asked Daniel about his work, his answers are shaped firmly around serving the needs of individuals and communities; his focus not on the clever innovations of his latest fund but on the issues at the heart of the matter. Sure it helps to be clever (and Daniel clearly is) but it seems to me that Resonance’s success – and therefore its impact – is more about ‘thoughtfulness’ in its fullest sense: combining intelligent thinking and commitment to mission to create innovative solutions to very challenging problems.

Daniel has clearly also got an excellent team working with him, and he’s had some fine mentors; you need special qualities to grow and lead a successful team, and to persuade others with different talents and shared values to help you steer the right course.

What of the future?

There’s a school of thought that says the issues social investors are addressing are so complex and offer such small margins that only a few can reach the scale necessary to sustain themselves. If so then Resonance seems well positioned. I was speaking recently to another successful social entrepreneur working at the most challenging end of the social housing and homelessness sector and he said Resonance was the organisation he rated most highly (and watched most closely as a ‘competitor’). There’s another school that believes mainstream investors have already stolen the clothes of impact and will take all the big opportunities for themselves. This is a challenge that Daniel and his team are surely thinking about. As he once told Pioneers Post: “Our vision is of a world where money serves people and communities, not the other way round.” No pressure, Daniel – but we’re relying on you and the other true pioneers of impact investing to make sure this vision is realised.

If you’d like to read more about our twenty years of impact, you can download the book here.