Resonance Everyone In Fund Wins At Better Society Awards

Resonance Everyone In Fund Raises £16.5m To Help Tackle Rough Sleeping In London

We are thrilled to announce that Resonance’s Everyone In Fund (REIF) has won Major Project of the Year at this year’s Better Society Awards.

The Major Project of the Year award is given to a single event, campaign or launch, for example a response to a crisis that created immediate change. Winning this award is fantastic recognition of an incredible team effort from Resonance and in partnership with both the fund’s partner, social justice charity Nacro, and the impact investors into REIF, without whom it could not have been created.

The Better Society Awards celebrate the efforts of organisations across the UK to create a better, more equal, ethical and sustainable society for all. And this year – the 8th for the awards – saw over 100 organisations shortlisted for 28 awards.

Daniel Brewer, Resonance’s CEO collected the awards: “I am absolutely delighted that we have won the Major Project of the Year award for Resonance’s Everyone In Fund at this year’s Better Society Awards. This award is an amazing recognition of a massive team effort in achieving super-fast deployment in purchasing and refurbishing much needed properties in the capital during a challenging time. This award is also recognition of the strength of the collaboration between the Resonance team and our housing and support provider Nacro. Huge thanks also to the four investors into this fund, the Mayor of London and Greater London Authority, impact investor Big Society Capital, Guy's & St Thomas' Foundation, Monday Charitable Trust and Trust for London. We know that people sleeping rough are particularly vulnerable to many risks including poorer health and so the homes and specialist support are providing a safe, decent and affordable place for them to start rebuilding their lives.” 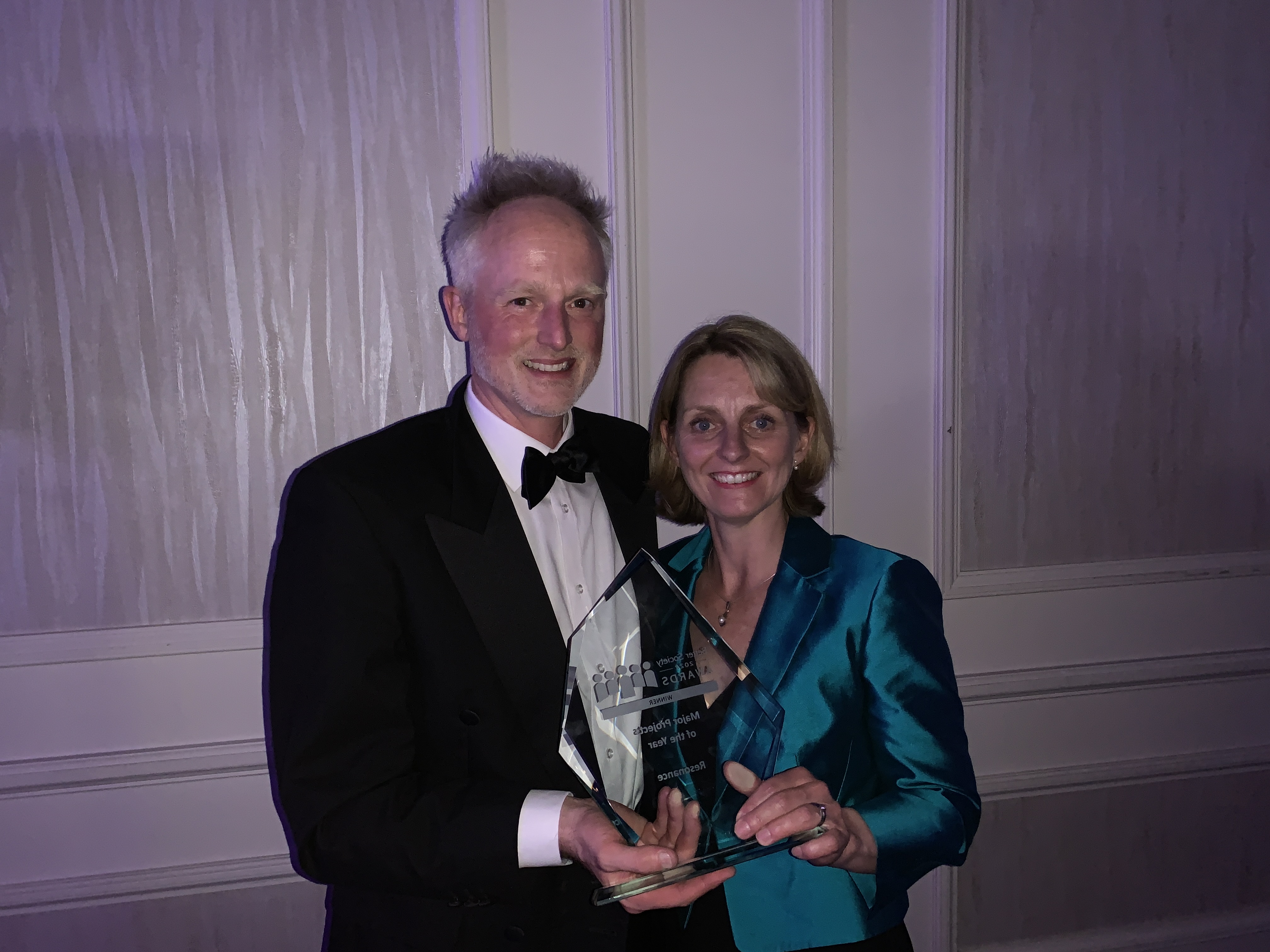 About the Resonance Everyone in Fund

When the pandemic hit in early 2020, it quickly became obvious that rough sleepers were particularly vulnerable to COVID-19 and so – in a matter of days - councils and homelessness charities across the UK successfully managed to get thousands of people off the streets. This meant getting ‘everyone in’, in self-contained, COVID-safe emergency accommodation, including hotels and student accommodation. It was an amazing achievement; however, it also highlighted the urgent need for a long-term sustainable solution, including how to address the complex range of support needs required to assist tenants who had previously been rough sleeping.

So, responding to the potential devastation of COVID-19 on rough sleepers in London, REIF was speedily created. It was launched in March 2021 in partnership with Nacro to provide safe, decent homes and specialist support for people sleeping rough in the capital - helping to protect them from the virus and to rebuild their lives.

As part of the Mayor of London, Sadiq Khan’s, prioritisation of the creation of long-term social rented homes available at affordable rent levels in the capital, the Greater London Authority joined with Big Society Capital to provide RIEF with a combined £12.5m in seed investment. The fund quickly surpassed its target to raise £15m following additional investment from Guy's & St Thomas' Foundation, Monday Charitable Trust and Trust for London, raising £16.5m enabling it to realise its ambitions.

To date, the fund has bought and refurbished 50 of the 60 one-bedroom and studio properties in the capital it aimed to purchase. And so far, 37 of these have been handed over to Nacro, with many of these now housing people who were previously sleeping on the streets. With Nacro’s specialist, wrapround support, the fund expects to safely house and support around 200 people over its lifetime.