Manchester based café “The Clink”, which is itself a social enterprise, was the chosen venue for the launch of our latest regional SITR Fund in the North West. The Resonance North West SITR Fund aims to support social enterprises which are deliberately working to dismantle poverty and disadvantage and follows on from the successful model created by existing funds based in Bristol and the West Midlands.

The event brought together social enterprises from across the North West to celebrate the launch alongside potential investors into the fund. Resonance believes that connecting social enterprises with investors which share their vision is a way to forge long-lasting relationships that can help deliver more impact whilst strengthening the enterprises, as many investors give more than financial support, they often bring other business expertise to assist. Interestingly, the first two funds found that investors didn’t just come from the regions in which they were investing – many came from elsewhere but had either an interest in the location or supported the work of the enterprises.

The Fund is now open to investment and already has an established pipeline of social enterprises into which it is considering investing. 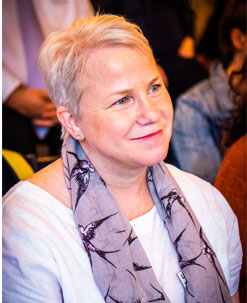 Alongside Anne Woolhouse, Resonance Investment Manager for the Fund, who introduced the fund at the launch and gave some detail about its development and the pipeline of the potential investments, Liz Allen, Director of the Connectives and a member of the Resonance North West Investment Committee, explained why the region needed such a fund: “The North West has seen massive cuts in public spending, which means a lot of the services delivered by public sector, has to be delivered by social enterprises, and these social enterprises need access to capital for them to be able to meet the demand.”

Also at the event Resonance premiered a video about the North West which explained how Social Investment Tax Relief works and includes interviews with enterprises that hope to benefit.

One of the significant barriers to social enterprises being able to grow and deliver more impact is the lack of affordable, patient capital and the Fund hopes to address this as it has in other regions – investing in social enterprises and enabling them to help more people who are affected by poverty and disadvantage.

Resonance has roots in the North West, having had an office in Manchester for the last seven years, with the Manchester team being proud and passionate about their region.

Here's the video about the region and the Fund.